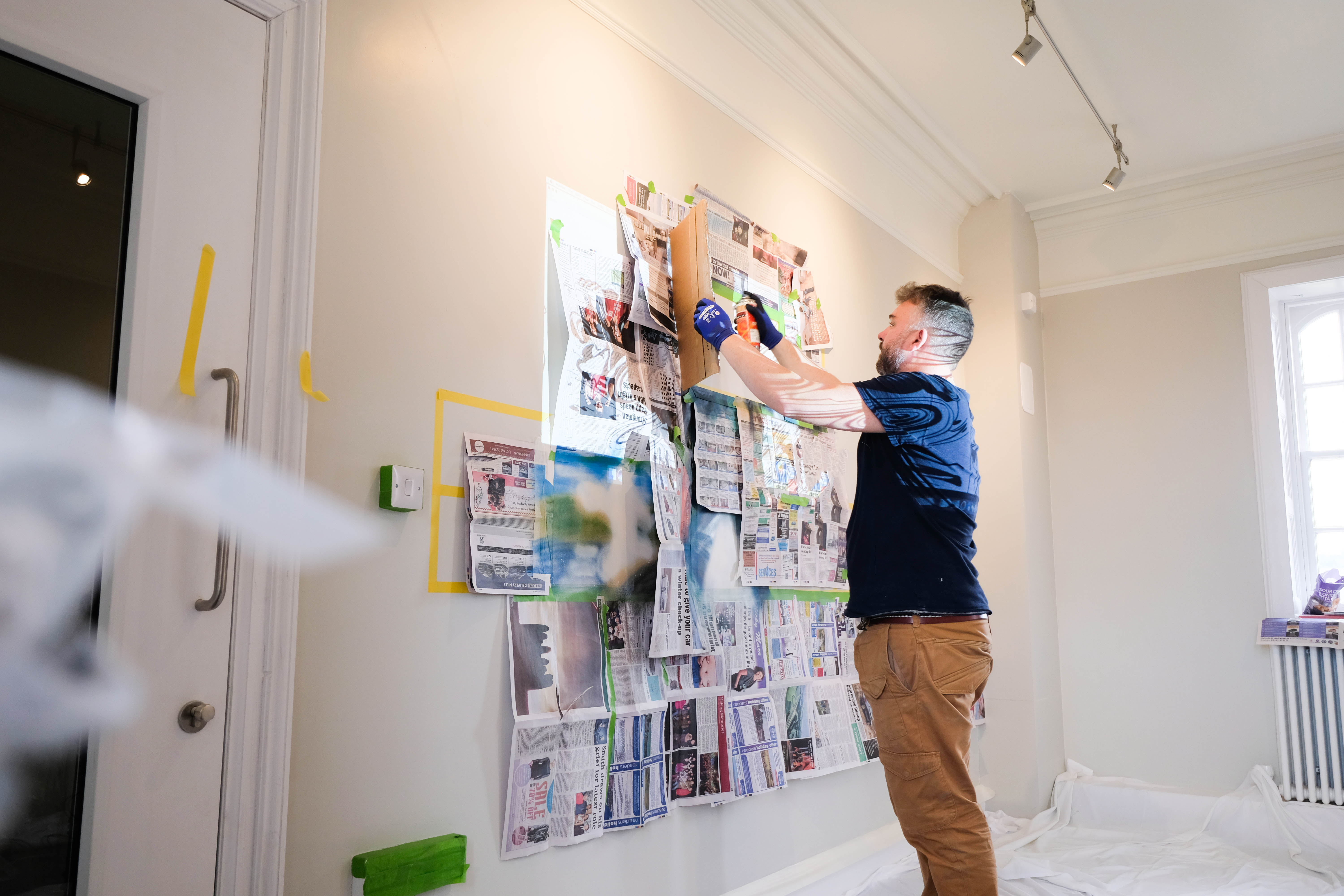 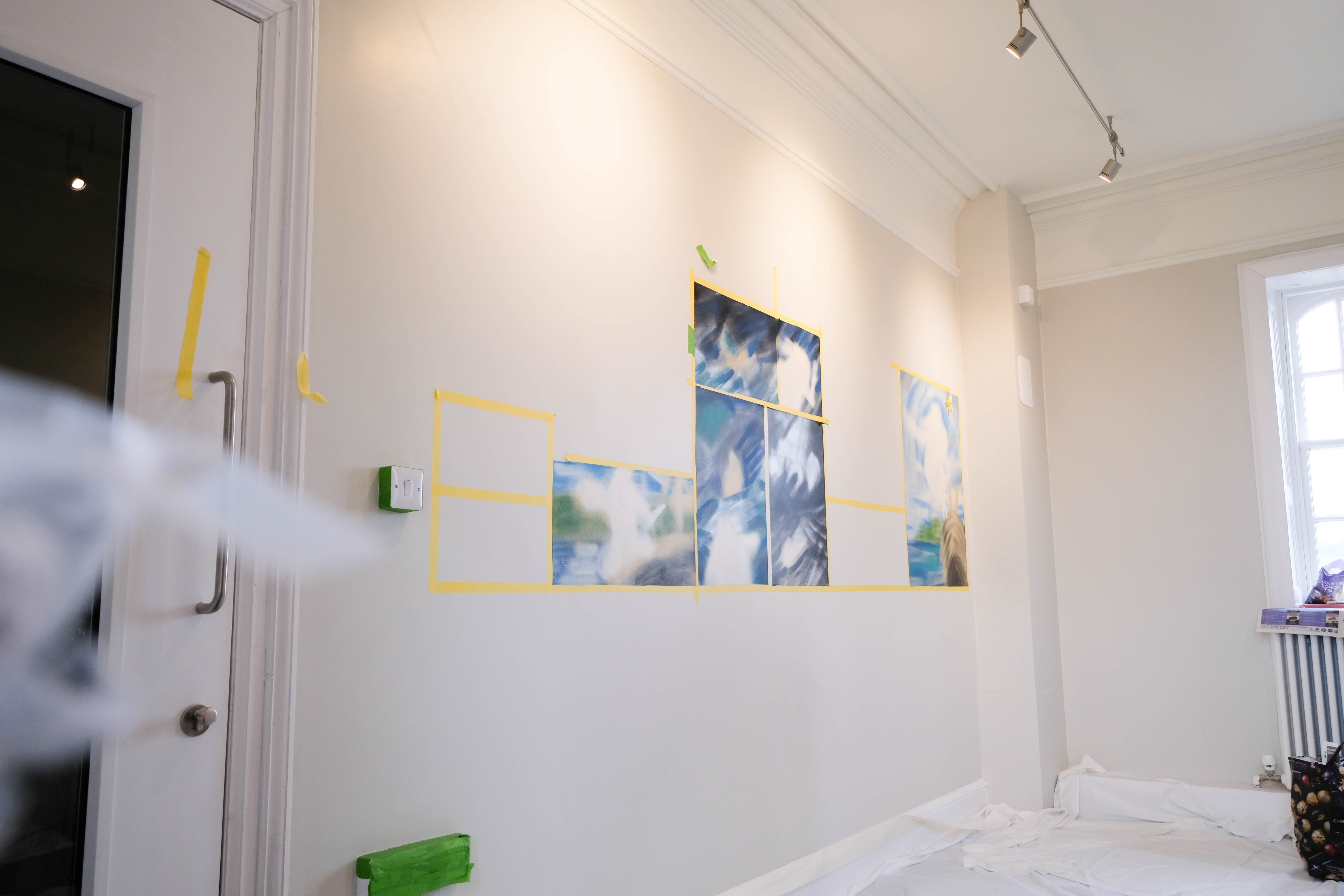 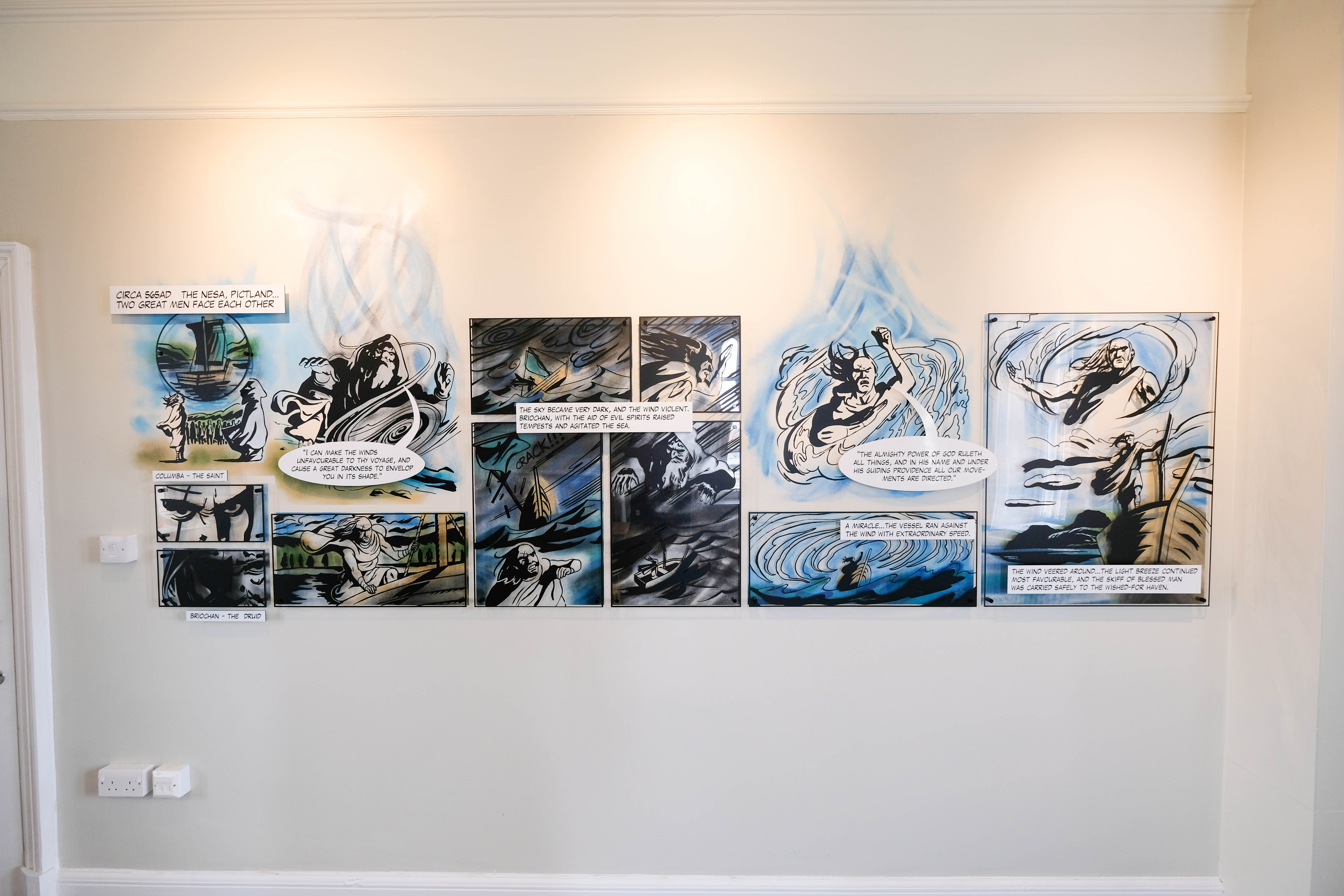 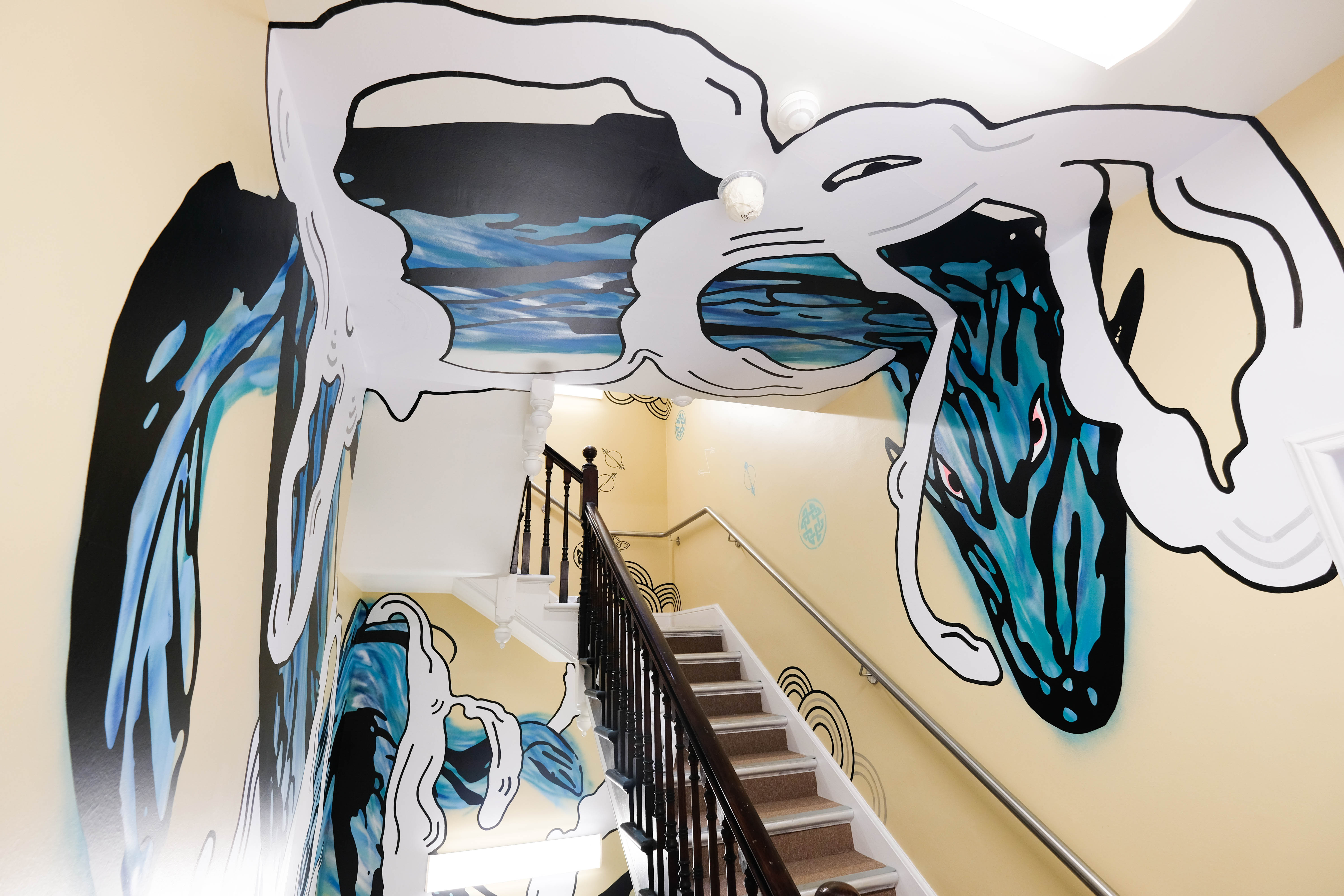 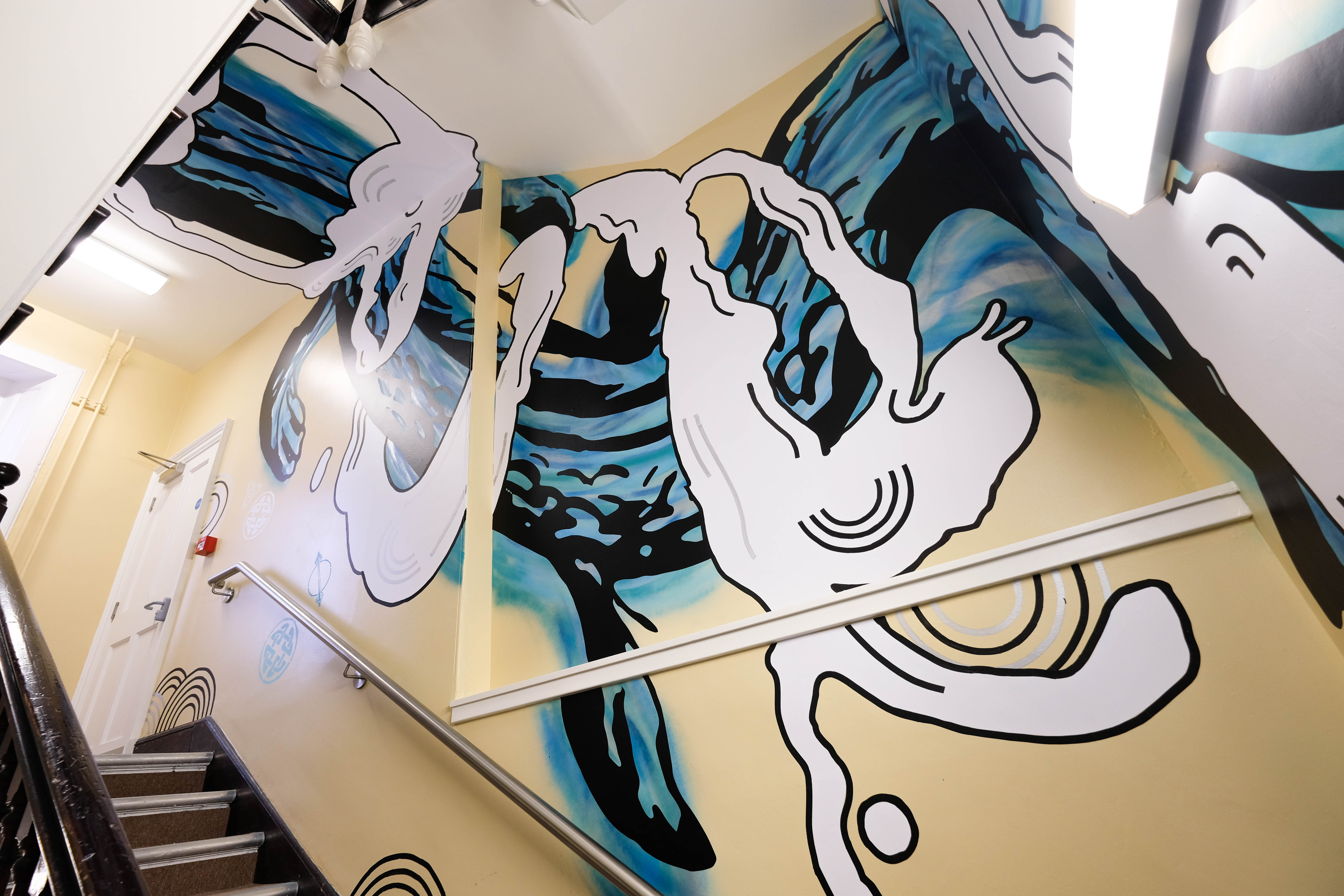 Tide were commissioned in collaboration with DUFI-ART to create two public art pieces for the new Inverness Castle Viewpoint. Inverness castle has by-and-large been used as a court house for as long as I can remember. However, with increasing tourists to inverness and people visiting the castle as a central focal point of the city the Highland Council decided the North tower should be renovated and turned into a tourist attraction – a viewpoint which give fantastic views over the city. DUFI and Tide were given the brief to explore the relationship St Columba had with the city.

We produced two pieces. The first was a cartoon strip telling the story of St Colomba’s stand off with the Pictish Druid Briochan. For this piece we commissioned the fantastic Japanese illustrator Fumio Obata to give the cartoon strip some manga inspired flavour. The second piece was to wrap the stairwell with a depiction of the Loch Ness monster. For this we wanted to stay clear of the usual image of Nessie – so we again turned to Fumio to help create our beast.